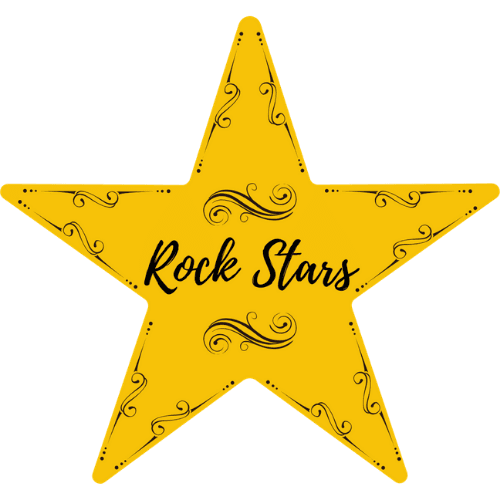 Thanks to everyone who came out and showed their city and team spirit! It was great to see the employees, retirees and the council taking part in the wellness screening, the benefit booths and food drive!

Our employees food donations were taken to Oak Mountain Mission Ministries to help families in our community.

Recently my company had the opportunity to assist the Pelham Fire Department in the Captain's promotional selection process. Working with your fire service professionals was a rewarding process but I am actually writing to compliment Lucy and the staff at the Civic Complex. Their professionalism and can do attitude made the experience one of extreme pleasure. Thank you for your leadership. ~ Ken

I just want to brag on Joel for doing a great job with his brush truck. He picked up a large load of brush from my house today and there was barely a leaf left after he was gone. Just want to say thanks for the great work! ~ Drennan

I wanted to sincerely thank you both for Wesley!  He has helped us tremendously since day one.   Even now he is helping to relocate our ice machines saving us time and money. He is a great gentleman, very hard worker and extremely knowledgeable.  I cannot thank you enough!! ~ Hal B.

The company I work for has been trying to get food trucks in the city for awhile. I finally connected with the Cathy. She has been so helpful to me and has such a positive attitude! ~ Ana

To the BalIantrae Staff ~ I just wanted to take time and thank you and your team. I think y’all are doing an incredibly good job. Since the course was reopened on May 1st, everything flows so well. I think all who have had the pleasure of playing this past week would agree. I’m sure there’s been a lot of work on your part and on the part of your staff to make sure things flow smoothly. It’s been great and all golfers appreciate the effort and hard work. ~ Bill Charles

Matt came to my house yesterday to set my office equipment up, so I can work from home. I just want you all to know what a fabulous person he is.  He was so kind, thoughtful, happy, eager to be of assistance and so very smart. He had my equipment up and running in no time.  It is all working perfectly today.  He is without a doubt an asset to The City of Pelham.  I thought he deserved some praise so I am just letting you know my thoughts, in writing.  ~ Sue

This afternoon we noticed that there was a water leak in our yard. I called the office and Tyrone came to see if it was a water works problem or our problem. Bottom line, it seems it is our problem and we have called a plumber to take care of the matter.

Tyrone was very professional and did a great job trying to determine where the leak was coming from. We just wanted to say thank you again to Tyrone and for the positive attitude he had toward his job and the image he gave to Pelham Water Works. ~The Donaghe Family

I just wanted to make sure you knew how exemplary your employee Matt is and how he is an asset to the organization. I will say I have run across some employees there that I have’t been so thrilled with but he has certainly been the breath of fresh air that was needed. Please make sure he is acknowledged and that his kindness and selflessness doesn’t go unnoticed. ~ Mrs. Lewis

I reported a pothole via the report a concern section of the website about 11:30 am. When I went out that afternoon around 2:30 pm and the hole had been filled in. My compliments to those responsible for the quick response! ~ Tom

​I would like to thank you for the great work Joel, who operates the truck which picks up the yard debris! He always does an amazing job and I appreciate it greatly and am impressed with his job performance! ~ Danny Barry
​We would like to extend our sincere appreciation to 911 Operator, M., for being the only one who stopped and ran to our car to render aid after my wife and I were were hit and in shock from the impact. She immediately called 911 and tended to my wife until the ambulance arrived and my wife was taken to the ER. M. volunteered to drive me home to get our other vehicle and go to the hospital. She is a person of great character who was giving of herself to do for others when she didn't have to. ~ A Pelham Family
My wife and I were visiting Birmingham last week and we had the pleasure of playing Ballantrae.  We found you on line and we could not have been happier with the experience.  The course was in great shape and the staff including the greens keeping crew could not have been nicer or more courteous.  We actually changed our plans so we could play a second round and enjoyed it just as much. ~ Randy Bury

The 2019 Leadership Trailblazer Award is sponsored by The League of Women in Government, an affiliate group of the International City/County Management Association representing women in local government. According to their website, the League serves as the umbrella organization to support local and statewide organizations that advance women to local government leadership. The League’s objective is to move the needle forward on the number of women serving at the most senior and executive levels in ALL areas of local government.

As part of the nominating process, Mayor Gary Waters wrote the following about Gretchen, “Gretchen DiFante is a change agent within an organization where change is difficult. On a good day, under ideal conditions, Gretchen’s job is difficult. On a bad day, under less than ideal conditions (internal and external opposition, push-back and reach in), her job is nearly impossible. Yet, she is fearless, committed and determined. Given that less than 20 percent of municipalities in the State of Alabama are managed by City Managers and an infinitesimally smaller number are managed by women, Gretchen has become the woman to watch in Alabama. In the short time Gretchen has been with Pelham, Gretchen has brought the Women Leading Government State Chapter to Pelham in conference. Her willingness to take a bold and leading role in the management and change of a municipality once known as a male-dominated bastion sets an inspirational example for all women to emulate. She has also pounded the Pelham gender employment playing field flat!”

Gretchen is bringing about a culture change throughout the city. By placing the right people in the right positions, the city is poised to serve its residents, businesses and visitors.